Rebuilding a historic sailing yacht - Meeting a Master Boatbuilder / 1905 Pilot Cutter. Support; www.sampsonboat.co.uk/support Become a Patron; www.patreon.com/sampsonboatco
-----
EPISODE 33.
This episode I visit Chris Rees, a very experienced boatbuilder who was behind various impressive projects including the enormous 3-masted lugger Greyhound and the replica fishing lugger Spirit of Mystery (which was sailed from the UK to Australia by Pete Goss as a tribute to the fishermen who undertook the same trip in the 1850s). He shows me around the boat that he is currently working on - a 1905 Pilot Cutter named Letty - and also tells me a little about how he became a boatbuilder. Finally we look at another boat that Chris is hoping to bring back to life - a historic local ferry, which up until recently was apparently the longest continuously running ferry in the country. Originally a Steam powered vessel, it was later modified with a diesel engine, but Chris is hoping to equip it with an Electric motor for the next period of service.
Thanks for watching (and clicking the LIKE button!)
----
Find out about all my other adventures on my website; sampsonboat.co.uk/
To read more about what I'm doing, or become a Patron, go to www.patreon.com/sampsonboatco
To donate, or see all the other ways you can support the project, go to sampsonboat.co.uk/support
For sneaky previews of what’s going on in between Episodes, follow my
FACEBOOK sampsonboatco and
INSTAGRAM sampsonboatco.
MANY THANKS!
---
Music;
Dan Lebowitz - Lazy River Rag
Freedom Trail Studio - Hot Hot Coffee
33. Meeting a Master Boatbuilder / 1905 Pilot Cutter 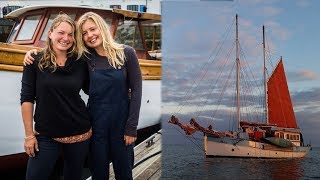 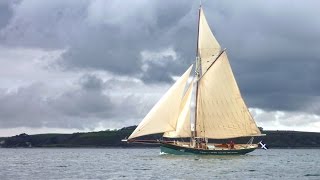 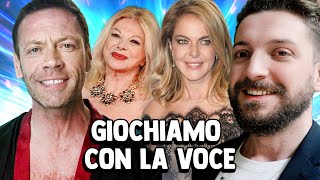 Rebuilding Tally Ho! Back to work!